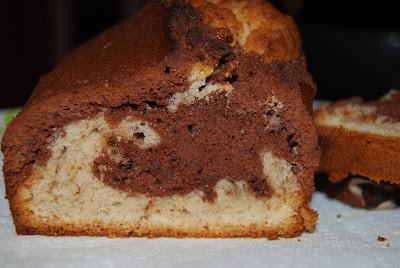 I have recently taken to baking cakes, something that I have not done for more than a decade. For some reason I had it in my head that it was fiddly, tricky and tiresome to do, how wrong I was.


It started off with me mooching in the kitchen for something sweet to eat - a rare occurrence as I think my sweet tooth had fallen out years ago and pretty much all the cravings I ever get are for savoury dishes. I found that I had the ingredients for a simple orange sponge cake, but I failed at the icing stage as I had never stuck icing on anything before, luckily Hubby with his GCSE in Home Ec came to the rescue. A couple more lemon sponges followed, Hubby taking one to work to share with his colleagues and a Lemon Drizzle Cake. 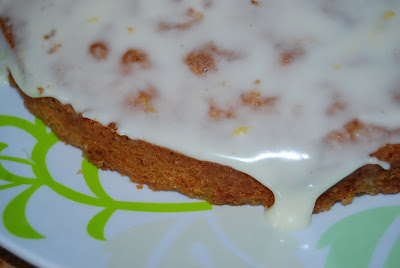 I then remembered seeing a fab recipe for Nuria at Spanish Recipes for Bizcocho con Chocolate - Chocolate Cake a delicious 2 tone orange chocolate & cinnamon leaf cake (maybe this was what peaked my interest in baking!)

3/4's tsp C Ground Cinnamon (Nuria's recipe called for 2 tsp, but I felt it was too much for my tastes)


Pre-heat oven 180oc.
Whisk the softened butter and flour, gently add the eggs and whisk one at a time. gradually add the sifted flour and whisk.
Divide the mixture in two. Add cocoa powder and Cointreau to one and cinnamon to other half, mixing them well.
Pour the cinnamon mixture into a greased loaf tin, sprinkle a handful of chocolate chips on top then pour the cocoa/orange mixture over the top.
Bake in oven for 50-60mins. 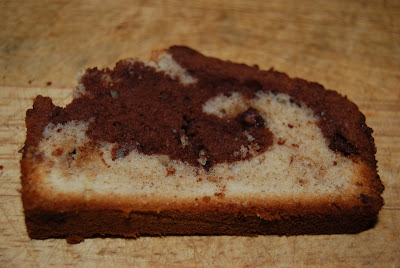 For future recipes I think I will add some grated orange zest to make the choco/orange layer really pop out.